The lost letters from Nintendo

After coming across a report that Kevin Federline was once a Nintendo Master, it just so happens that I found some of my own “lost” letters from Nintendo. OK, so maybe they weren’t so lost as just shelved and forgotten. But I have them now in all their 15-year-old glory and just want to show that there were many of us lapping up whatever Nintendo had to peddle. 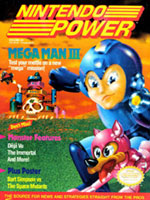 Back before you could Google for everything and you had to use SIRS for your school book reports, the only way to get your questions answered was by calling or writing letters to Nintendo, via their monthly magazine, Nintendo Power.

Chances are anyone that owned a Nintendo prior to 1995 had a subscription to Nintendo Power at some point. My subscription started in 1991 following their crazy popular Dragon Warrior promotion (if you subscribed you got Dragon Warrior free with a ton of maps and guides). I finally lost all hope somewhere in 1994 and let my subscription expire. I actually subscribed too long as I never owned a Super NES and NES games ended their run in the mag long before the last few issues I owned. Of course, come 1995 the Playstation changed my gaming habits forever and Nintendo was just a fond memory.

But back to the good old days…Nintendo Power had a section called “Counselsor’s Corner,” where players would write in with questions and Nintendo would publish answers and tips every month in response. Back then I always thought these so-called Game Play Counselors had the best job in the world, which of course was playing video games. I don’t know if there’s any truth to that, but that didn’t matter back then. All that mattered was that they answer my questions so I could get on with completing my video games.

Growing up with a Nintendo I never felt that I owned many games, maybe only 20 or so. I only got games for birthdays and at Christmas, so at most, two games a year. If I managed to scam enough money from mowing lawns or washing cars, I might have earned a mid-season cartridge purchase, but those were rare. Some of the games were tough. Some were not very good. And some were great. Even though these 8-bit classics look Atari-esque compared to the 3D wonders we have now, they were hard to master and conquer (just consider The Great Puma). So every now and then you’d need help and that meant going straight to the source, Nintendo. 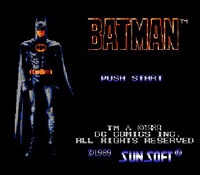 Now I could have called their Power Player hotline, but long distance and pay-per-minute scams struck fear into my heart, knowing if mom and dad found out they’d certainly revoke whatever privileges I had at the time. The only other options was writing in letters, so I did.

Another section in each Nintendo Power magazine also featured fan art, usually in the form of drawings in envelopes. Since I loved to draw (and still do), I figured I had good chance at a two-for-one deal: I would get my game questions answered and maybe also have a shot at getting my drawing published in the mag. Maybe this was a lofty goal, but at the time it seemed pretty bitchin’ and I felt my chances were pretty good. Much to my dismay, I never got published, but that was a secondary goal at best.

I’m sure the first time I wrote them a letter I wondered if I would even get a reply. Getting mail when I was little meant the world, it didn’t matter who it came from. But a letter from Nintendo? That’s just cool. And once I got my reply I was thrilled. Not only did I have my question answered, it came on official Nintendo letterhead. Neato.

I remember having a giant folder and keeping all my Nintendo guides and letters together in it so I could get to them in a moments notice. You know not all games had save options like they do know, and we always feared leaving the console on pause for too long, as rumors of cartridges and consoles burning up didn’t sound too far fetched.

After all this time, while the Nintendo Powers are certainly in a recycle bin somewhere (I sold them all to Half Price books), the letters from Nintendo remained nearly unopened in the almighty Nintendo folder, along with my Dragon Warrior guides, Zelda maps, and various other documents of gaming goodness.

As to properly preserve gaming history, I put together all the letters from Nintendo in a convenient PDF (1.5Mb). Unfortunately, I don’t have copies of the original letters I sent in, but based on the responses I can pretty much guess what was in my letter. Most of the time it was a simple “how do I beat this boss?” type question. 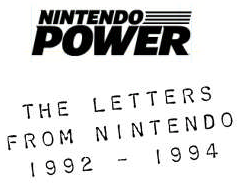 So while I never got to say Thank You then, I’d like to say Thank You now to: Lori Hansen, Greg Wallace, Marcus Lindblom, Scott Melton, Kasey Curtis, Paul Reed, and Kirk Starr for helping me get through the tough times in life, and for having the best job on the planet.

Funny footnote: While searching on-line for some pics for this article I found a scan from a Nintendo Power that features photos of the Game Play Counselors. Oddly enough, the scan I found has a picture and profile of Kirk Starr, the man who led my through Golgo 13 with ease. And it was posted at his own web site…small world.