Help us buy a new TV

Despite us saying we’re not big TV people, we tend to watch a lot of TV throughout the week. But it’s scattered. One show on this night, another on that night. We’re not glued to the TV  every night gagging on Dancing with the Stars. We also don’t have a DVR so we have to watch TV when it happens or hope for reruns. Personally, I like that part of TV watching, but one thing that has gotten on my nerves over the past couple years is the size of our TV. 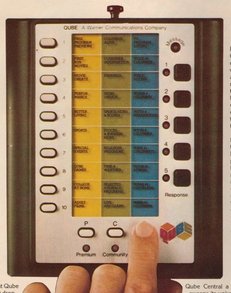 Our TV is an old hand-me-down. In all its glory it sits at 27″ with nice simulated wood paneling on each side. It is a haus and takes two men and a midget to lift. All that being said, it has easily lasted close to 20 years and it’s only now showing signs of giving up. As TV and DVDs move go all HD and video games do the same thing, the 27-incher just isn’t cutting it anymore. It’s time to upgrade.

We have this close to getting a TV last Christmas. We were in Walmart, found one that looked good, it was a price we were willing to pay…I was even walking to ask for help when I stopped in the middle of the aisle and just say, “let’s go,” and we left. I just couldn’t come to terms with the fact that I’d be paying $1000 for a TV. The last TV I purchased new was also a 27″ (when 27″ wasn’t too slouchy) and it was only $200. So we went one more year with our vintage television.

That will change this year.

This Christmas we will get a new TV. Period. But I have a real hard time choosing big ticket items when there are so many choices. Not to mention I’m really bad when it comes to choosing electronics. I obviously want the best product for the price, but when I’m dropping near $1000 for a TV it better be damn good.

So I need everyone’s help. Just about everyone else in this world (and most of you, I’m sure) have a big TV by now. Some sort of widescreen behemoth that sits in your living room projecting sweet LCD glow onto your couch and smiling faces. So you all know more about the big TVs than I do, even if you’re not a TV tech head, you know what you like and don’t like about your big television…and that’s what I want to know.

And for those of you looking for a challenge and the chance to help me spend my money, find me a television that meets these minimum requirements:

And that’s about it for the basics. Any other features would be pure bonus…VGA in, extra outputs/inputs, whatever, etc… And bottomline, it needs to be an inexpensive as possible while still providing a good experience. I don’t want to spend $1000 (and we’re not going to). If we can spend $700 and get a decent TV that delivers, so be it. I’m not looking for the best TV for a $1000, I’m looking for the best TV at the lowest price.

We only have SD cable right now so I know that will look like ass on a big TV until we upgrade that too, which we will eventually. But we’re pretty tolerable of crap, so HD cable will probably come later. We spend more time playing video games on the TV than anything else. We just don’t watch many DVD movies despite our entertainment center overflowing with discs.

So what type of television do you have?
Do you like it? Do you hate it?
What’d you pay for it?
Would you recommend it?

Like I said, I’m looking for input form everyone, not just you nerds that know what all the technical stuff means. I honestly don’t care about tech specs…I just want what I’m watching to look good.

And when we make our purchase this holiday season, we’ll have a house party to show it off. As the last one to get a new TV it will video game and movie extravaganza, I’m sure.