Recently there’s been a lot of talk amongst friends and others about cancelling their Netflix accounts and switching to other services. We haven’t been on Netflix for too terribly long, not even a year, but I have to say there isn’t much to complain about so it kind of surprises me to hear such angst.

Since Netflix has become a media giant, others have tried to follow and that means competition. Competition is good for everyone and if a service you’re paying for doesn’t meet you needs, then yes, you should find a better one. However, it seems the most common complaint about Netflix is their selection and how fast they get new movies, particularly on their instant streaming. I admit and I agree that the speed at which Netflix gets new movies is something to be desired, and even more so for streaming. But I guess my response to all that is, “so what?” 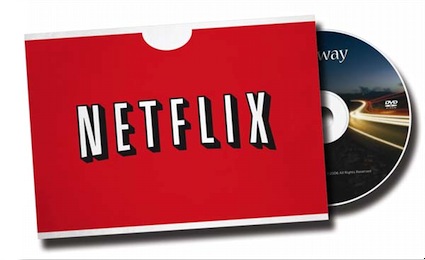 Lets say “The Social Network” gets released on DVD this week. That means it probably won’t get on Netflix mail for a week or more and not on streaming for what could be months. Would I like it sooner? Absolutely, but not seeing a movie right away doesn’t make that movie any less enjoyable. The immediacy in which you see a movie doesn’t improve the quality of the movie or if it’s any good. Much like music, movies will be around forever, there’s no hurry.

If you really want to see a movie that bad, chances are you’ve already seen it in the theatre or will actually buy the DVD at the store, in which case services like Netflix don’t really matter. If there’s a moving I’m dying to see when it gets released on DVD, I’ll just go to the Redbox and get it for a dollar. Very rarely is there a movie so important to me that I can’t not wait to see it.

The other reason waiting doesn’t bother me is that there is plenty on Netflix to fill the time otherwise. So you’re waiting for that latest DVD to come to Netflix…in the mean time you can watch any of the other movies waiting for you on streaming. I might suggest even watching a movie that you – gasp – haven’t seen before. Some people complain about the selection of movies on Netflix, saying there’s a lot crap/old movies. Well, I hate to point out that most movies are crap when you look at the entire population. For every one “good” movie there are hundreds of bad ones. Good movies are the minority, that’s just reality.

Personally, Netflix is filled with a lot of old movies I still love to watch. Whether they be movies from the 50s or the 90s, there’s something there to watch…and that’s not even including all the TV shows on Netflix. I can tell you we’ve probably watched more TV shows on Netflix than we have movies. And then there’s the “other” genres that I really wouldn’t otherwise see (and enjoy) if they weren’t on Netflix, like documentaries and non-fiction.

Like I said before, if Netflix isn’t meeting your needs then by all means, find something better. But Netflix is more than just a movie delivery service. Netflix is a video delivery service. If you’re not taking advantage of Netflix’s entire selection of movies and non-movies, then you’re kind of missing the point. And trust me, when you have that much content to surf through and enjoy, you’re not too worried about seeing the latest movies as soon as possible.