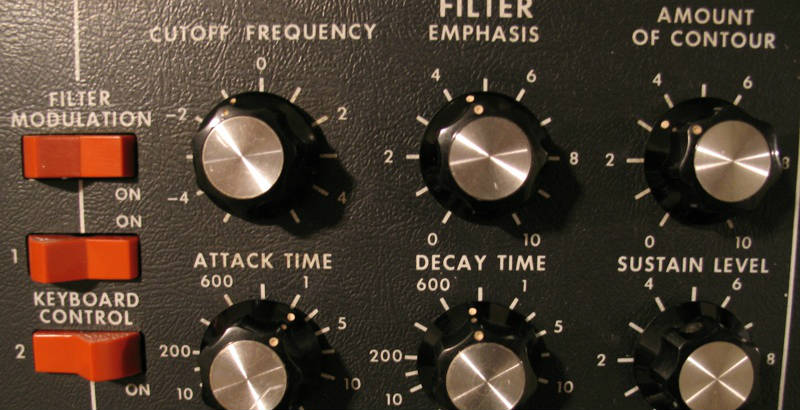 A farewell to memories, switching off MoogWorld.com

Sometimes it’s hard to let a web domain expire, especially if you’ve had that domain for many years, but there’s a time when you just have to accept that you’re not going to do anything with it and it’s just a waste of money. Unfortunately, that’s the fate of one of my first domains, MoogWorld.com.

I bought MoogWorld.com way back in 2000 along with my very first domain, Moogman.com. The latter was my personal web site – it was a blog (long before blogs were common) where I wrote and posted various Onion-like features. The name was a reflection on my fandom of Moog synthesizer music but the site itself didn’t have much to do with Moog, it was just my handle. Moog World, however, was a direct result of that love for music.

The birth of a fan site

Without going into my history with Moog music itself, suffice to say that I loved it (and still do) but back then it was something of a re-discovery for me and I became a little obsessed. I looked for Moog music wherever I could find it, whether that be Napster, the public library or trading with other fans around the world. After a little bit of time I had amassed quite the collection of Moog music and decided to share my love with the world, and MoogWorld.com was born.

The site started as a simple fan site. I wrote a few posts about why I liked the music, added some reviews and had a decent collection of cover art. At the time, Live365 was the hot streaming service so I decided to start an online radio stream that played nothing but my collection of Moog music non-stop. I wouldn’t call it popular but it got its share of listeners…if nothing else it let me listen at work.

As I got feedback about the Moog radio channel, I started to expand Moog World beyond its simple existence as a place for old Moog album covers. I built a message board for the site with the intent of creating an online community where other people could talk about music, trade and share their own original creations. Little did I know that this message board would be my undoing.

After talking with actual Moog owners through the site, I added more features to Moog World that included a photo gallery and a serial number tracking database. You see, every Moog synth had a serial number and there was only a limited number of each instrument produced. I discovered that the actual Moog owners seemed pretty interested in knowing the history of their Moog so I made a simple database where people could log their serial number. There was nothing else like it online at that time – now around 2003 – and it became a draw for the Moog owners. I was as happy as could be. People were using something I created.

Things continued to grow at Moog World as the site got a very (very) brief write-up in Electronic Musician magazine and even somewhat regular visits from Brian Kehew, founding member of The Moog Cookbook and, as I discovered later, producer/mixer for artists like Beck, The Eels, MC5 and The Stooges. It was The Moog Cookbook that drew me into the world of Moog so having Mr. Kehew as a member of the Moog World community was pretty awesome, certainly a highlight of that time…if only it had lasted.

Over a period of about five years, Moog World had established itself as a top web site for Moog synth fans and owners. In return I got access to hundreds of Moog tracks, a little notoriety and a few friendships. No too bad. At the time my mind wasn’t thinking about how to cash in on Moog World so outside of a few donations, Moog World was not a money-maker, but that wasn’t the problem. The problem was that I couldn’t relate to what became the majority of Moog World visitors.

The beginning of the end

For me, Moog World was about the music and that’s where my enjoyment of Moog started and ended. I didn’t own a Moog synth and probably never would. I just liked listening to the sounds but the Moog World community became a group of hardware guys talking shop about nuts and bolts. Moog World was a place to find links to old Moog manuals, tips on synth repair and (to be honest) the best place to find people selling Moog synths and parts. Unfortunately, I couldn’t keep up with that conversation so my involvement in the site overall slowly faded. And by this point the Moog radio stream on Live365 had long been shut down, so there wasn’t even anything to listen to.

I continued to support the site with minor updates and a few tweaks to the features but overall I had little to gain from the site anymore. Anyone that came looking for music quickly saw that Moog World was a tech forum and they wouldn’t stick around. This was my first lesson in message board management, if you’re not involved in the conversations, you’ll lose control…and that I did. At that time I wasn’t ready to give up site management so I never deputized a moderator or anything that would have otherwise let the site survive while I did other things. It also didn’t help that my message board was starting to attract spammers (sign of success, I guess) and the forums weren’t made to handle that possibility.

I had given up on Moog World, this now about 2006. I kept renewing the domain with plans on reviving the site and getting involved again but that never happened. The site remained functional but I doubt people were still signing up to join yet Moog World had some decent SEO by that point so I was still getting traffic. If nothing else I thought I was doing the Moog community a service by staying up as a reference site.

“We hope to relaunch”

By 2007 the spam had gotten out of control and new posts sunk to a trickle. Traffic was practically non-existent and other Moog communities had since sprung up, most notably at the official Moog web site. To “lose” to them is only appropriate, I guess. They do own the brand but I still take pride in quite possibly being the first community dedicated to only Moog. I through in the towel and shut down the site with a front page message stating: “MoogWorld is taking a leave of absence to refocus. We hope to relaunch in 2008.” If only I could have kept that promise.

The final (final) nail in the Moog World coffin was an overall hack on my web server in early 2012 that affected all my sites. In a panic I had to shut down all my web sites and make repairs. Unfortunately, Moog World was never revived.

Then a few months ago I got notice that the MoogWorld.com domain was about to expire and with a heavy heart I chose not to renew. Web domain prices have gone up quite a bit in recent years, gone are the days of $5 domains for a year. I just couldn’t justify keeping MoogWorld.com when I knew there was little chance of doing anything with it. Redline Derby had become my primary project and there wasn’t much room for anything else.

My adventures in web sites have been going strong for almost 15 years now and Moog World was easily my first success. And yes, I do consider it a success. Maybe it didn’t bring me fortune and glory but it did show me that I was capable of building something that people could use and enjoy. It was a true case of “if you build it, they will come” and I think that’s pretty rare. I made a few friends via Moog World and had a few high profile people come through and I really couldn’t have asked for much more. As my first “major” web site, Moog World was critical to my experience in design, building and managing a web site. I learned a lot from its success and failure, all of which I use on a daily basis both personally and in my career.

Moog World will always be in my memory and my heart. I’d like to think that somebody somewhere will remember the site as part of their early internet experience and as a site that helped them share their love of Moog music and synthesizers. “Remember that one site, Moog World? It was pretty cool, I found some good stuff there.”

In an ideal world, I’d like to think someone will buy the domain and revive Moog World, making it a new home for Moog fans around the world. But alas, it’s more realistic to see it in the hands of a squatter. I guess Moog World will just have to live on at the internet time machine.

Published in Music and Technology