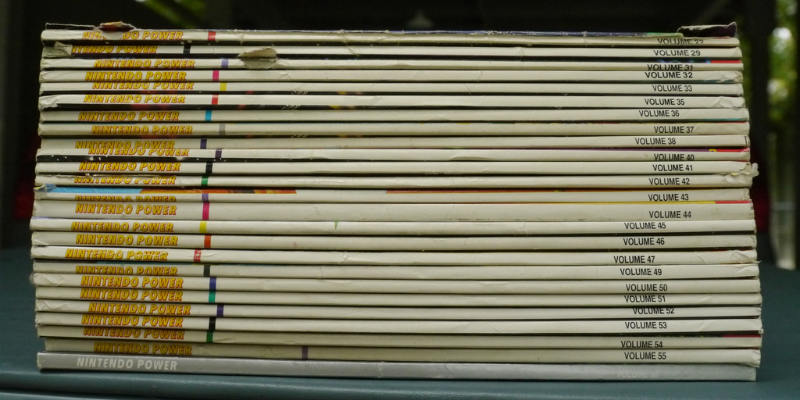 Anyone raised in the Nintendo Generation like myself remembers “Nintendo Power” magazine. We didn’t know then that NP was just a propaganda magazine to push Nintendo games down our throats, but hey…we didn’t care…we just loved Nintendo games! But Nintendo Power was more than just a preview for new games, it was the life line for players both on and off those glossy pages.

Getting help from the masters

I didn’t have a lot of Nintendo games growing up, but the ones I did have I thought were the best…and some of them were really hard. Some were so difficult at the time that I needed a little help from The Man. So in time of I need I did what many kids did, I wrote a letters to Nintendo Power asking for some help.

Nearly 15 years after I sent my letters to Nintendo Power asking for help, I posted an article about them. By pure luck, one of the actual Game Play Counselor’s that had replied to a letter found my post and my blog and left a comment. What are the chances?! So I took the opportunity to interview one of my career idols.

If you asked me then, that was a once in a blue moon interview. It was a lot of fun and a great trip down memory lane, I think for the both of us. But little did I know that wouldn’t be the last Game Counselor I’d cross paths with. Not long after I posted the inteview with Kirk, another GPC came across my interview and left a comment. I couldn’t pass another chance like this up, so I interviewed him as well.

Lightning is never supposed to strike twice, right? Turns out it hit three times! After posting the Kasey Curtis interview, yet another GPC came across the articles and shared some of his experiences as well. At this point it sort of felt like a class reunion, only it wasn’t my class or even people I knew. So I had another chance to interview a GPC, and I did.

In the fourth interview in the series I ask Matthew Glidden about how the SNES changed Nintendo and we find out what games the Counselor’s played to settle the score.

Thanks to Matthew, another counselor agreed to share his stories from the Big N in grand detail…from binders to databases.

This series stands at five interviews right now but you never know when another former GPC will fall out the sky and take us back in time once again.

I want to thank all the guys that took some time to answer my questions. It might seem silly to them that I even wanted to to interview them about their job from more than 20 years ago, but when I wrote those letters asking for help, my dream job was their job – playing video games. And even after I interviewed them, it still sounded like a job any person would love to have. Those were the days…the glory days, for all of us from The Nintendo Generation.