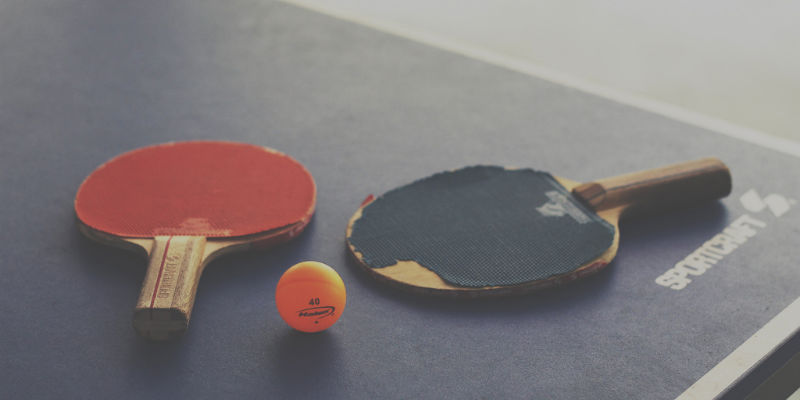 Table tennis. Ping pong. Whatever you call it, you’ve played it. Everyone has played ping pong, air hockey, foosball and pool at some point in there life. They’re games we know, love and have strong memories about in some way, but I always thought the “good” players would be few and far between. I was wrong.

Last month our office got a ping pong table to help lighten the mood throughout the day. It’s cliche for any tech office to have such games on-hand, and I use to see those things as something of a warning sign, but I can honestly say having the table available really has lifted spirits a smidge. However, while my spirits were up because of our new toy, they were quickly crushed when I started playing other guys in the office.

In short, I suck a ping pong. I didn’t consider myself “good” in the first place, but I felt I was far from bad. I didn’t grow up with any real leisure sports in the house, shy of a small, table-top air hockey table. In high school I would go out with friends to play pool and smoke but it was social bonding at best and I never came close to anything I would consider as “good.” Those most table tennis I played before now was in high school PE. Otherwise, ping pong was never around nor was foosball…hell, I don’t think I saw a foosball table until middle school. Silly me figured most people were in a similar boat. I admit that I consider such games in the home a luxury.

In my office, I think I’m the only one that isn’t good at ping pong. There are less than 60 people in my office and it’s not a stretch to consider at least 50% of them skilled ping pong players, but that doesn’t discourage me. I’ll have fun getting the beat down as much as I do winning, however rare that may be. I like to think I’m getting better playing such high caliber opponents on a regular basis, but who knows.

All this really makes me wish the office had gotten a foosball table too because if there’s one game where I think being “good” is truly impressive, it’s foosball. Plus, I was witness to one of the most inspiring leisure sport moments when playing foosball.

My uncle the foosball champ

If I remember correctly, it was at my grandparents’ 50th wedding anniversary and the extended family all got together at a hotel somewhere in the middle of Ohio. The hotel had a pool, arcade and few leisure games including a foosball table. I was maybe 12 or 13 at the time so I approached foosball just like every kid – you spin the poles as hard and fast as you can. No really thought or skill behind it. Just spin. Eventually the ball will go in, right?

Well, that night my uncle showed me how you really play foosball. He stepped and we started playing, not really keeping score, just having fun. But while I was trying to spin my little heart out, my uncle was actually playing foosball. He wasn’t spinning the players like a hurricane, he was taking his time and making plays. Yes, plays.

The man was literally passing the ball between his rows of players. I was in awe. I’m not sure if graceful would be the right word to use but his actions were smooth and confident, as though he played everyday…maybe he did, who knows? I like to think that he was some sort of foosball champ back in the 70s at some local hang out joint (like in Dazed & Confused). I’m sure that’s the furthest thing from the truth but I’m gonna stick with it. Later, I also learned that my uncle traveled across the country in a old delivery truck, so being a legendary foosball champ might not be that much of a stretch.

Since my work office is full of apparent ping pong champs, maybe they’re all be foosball pros as well. Maybe I’m just the odd man out this time. If nothing else, it’s motivating me to get better. It’s also motivating me to actually getting a ping pong table for home too. Before too long my kid will be old enough to start having fun with these games and I need as much of a head start as I can get.

Published in Parenthood and Playing Games