You read that right. My cat was 19-years-old. She passed away today.

Frankie was my first cat. Hell, for intents and purposes, she was my first real pet. The only animal I had prior to her was a hamster or two in elementary school.

When my wife and I bought our first house, I was told we’d be getting a cat. Fine with me. I was a big boy now with my own house…so lets get a cat. In many ways, Frankie was our first kid…and for me, the first test to see I was capable of keeping something alive (heaven knows my record with hamsters and goldfish wasn’t so great).

We got Frankie at the animal shelter. She was 7-years-old at the time, so far from being a kitten. She was most certainly a house cat prior to getting lost and picked up by the shelter…she was no outdoor cat.

Between cats and dogs, I knew the least about cats. I didn’t really know what to expect…but my expectations was a cat that would run around and play while also managing to sleep an inordinate amount of time. She did both, and right there I learned that’s what cats do.

All those stereotypical things people say about cats are pretty much true. Cats pretty much just do their thing and let you know when they need you.

Now Frankie had some attitude and some not-so-nice behavior from time to time, ruining a few select sheets and towels, but I couldn’t have asked for a nicer cat. Yet she ruled the roost after we got a dog…and then two…she put them in their place very quickly and they knew she was the boss.

However, I fear she has ruined me for other future cats that will undoubtedly join our family. If my next cat isn’t as lazy as Frankie was, I’m not sure I’ll know what to do. 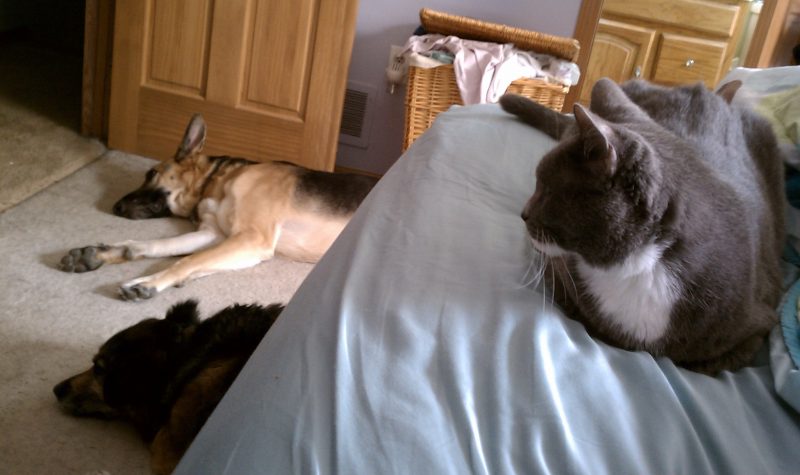 And even though I’m crying while writing this, Frankie squeezed every second of life out there was to have. She had gone to vet a couple months ago after what I can only describe as a seizure or some other episode where you was unconscious for a brief period. At that time, the vet said she mostly like had some form of cancer and it was starting to take its toll. Euthanizing was an option at that time but there was still a lot of spirit in old Frankie. Still plenty of purrs, meows and headbutts left to go around.

After that, we expected Frankie to go at anytime but she defied the odds and hung on for another few months. Her condition worsened but she was still eating and doing normal cat things. Then suddenly over the past 48-hours she took a turn for the worst. She was skin and bones by now, barely able to muster up a good morning meow.

I knew it was a matter of time now, for sure this time. Thankfully, the night before she passed away we had some family time with her, with Penny proudly showing Frankie her latest toy. It will be a great last memory with our cat.

I think Frankie was waiting for that moment.

It’s not ever going to be easy to see a family pet pass away, it’s not supposed to be. Colby didn’t get to choose his time, we had to make that call. I’m thankful that Frankie was at home when she passed…in her room, on her terms, at her time. A vet’s office is no place to end a life, even though it’s often the proper choice.

Frankie had a good, long life with a family that will always love her. Shit, I’d take cat’s life any day…I think we all would. 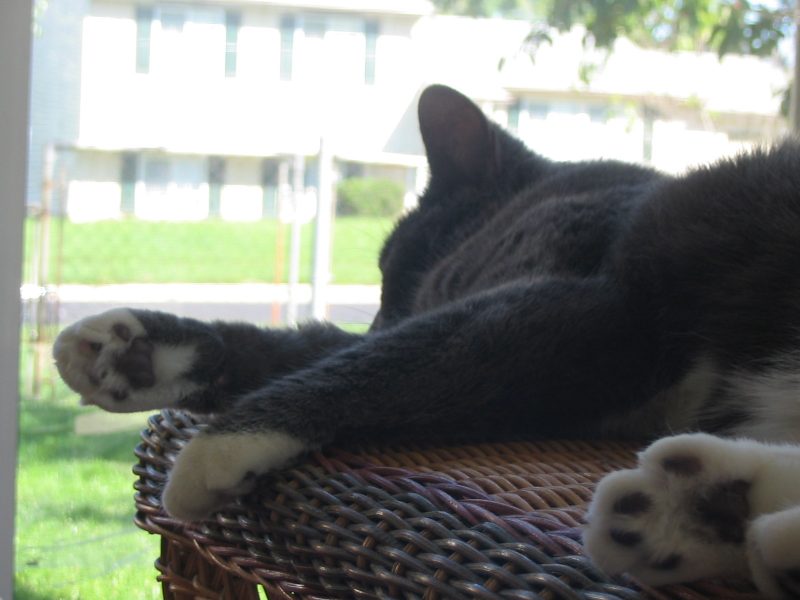